There is only ONE Paranormal Elecctronics supplier we recommend and that is Paranormal Electronics UK. Quality products available at very competitive prices.  They have a YouTube channel explaining how to use their products. If you want quality products at a lower prices you need to order from Paranormal Electronics UK.
For example only, a SB7 spirit box on their website goes for about $150 Cdn (with shipping), we just priced this on Amazon for $220 Cdn.
Equipment used by Paranormal Investigators, Researchers and historians alike.
​* most commonly used, for very low budget the ovilus and spirit box are available in APP stores on your phone
INEXPENSIVE BUT ACCESSORIES OF OTHER EQUIPMENT
Dowsing Rods - used to detect water and some have used them to illicit responses from spirits through movement of the rods
* Infrared (IR) & Night Vision - used to see differences in light and dark shadows at night, illuminates darkness
Rechargeable Battery Pack - commonly used to charge smartphones in remote locations they can be used to power lights and cameras
Tripod - used to hold a camera or lighting
* Handheld Gimbal Stabilizer - used to hold a smartphone (steady and away from your hand)
Prayer - free to offer and can't hurt, though recommended to perform off camera (before and after an investigation) 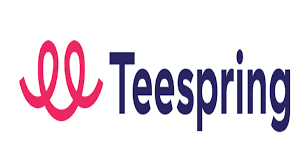