Cracked By The Window

Kincardine, Ontario
It appears that this would house did not like the idea of the stone block overcoat. It does look like that's the original door from the "barn board" siding house. There is something unusual about the side of this house though. Notice the log cabin planks with mortar, then perhaps an overlay of vertical barn-board planks, then a later addition of formed concrete blocks.

A closer look at the window that was covered and then stone blocked over. Since all views would have been of the farm surrounding them did they cover the window to keep heat in the house or for another reason? The log home had several windows before they were covered with concrete blocks. Strange.

The mud room, attached on the back corner, was probably a new room built onto the log cabin when the vertical barn-board siding was added. The side of the house intrigues me, I'd really like to take a closer look at the debris on the ground to see if there is a equal number of blocks to what is missing off the side of the home. I don't get what the notable square of exposed log cabin wall means, was it ever covered? Was there an addition to the house that was ripped off? Why was that window boarded up and covered over?! So many questions.

It is a typical formed concrete block house, very common in Ontario after the 1920s. I would say based on all the other homes in the area that it's at least a hundred years old and the concrete block exterior may have been added later. This area was settled in the early 1800s. It looks like adding the concrete block siding to this house was, in the end, a really bad idea. The foundation has clearly shifted several times and large cracks are running up the visible corners of the house. 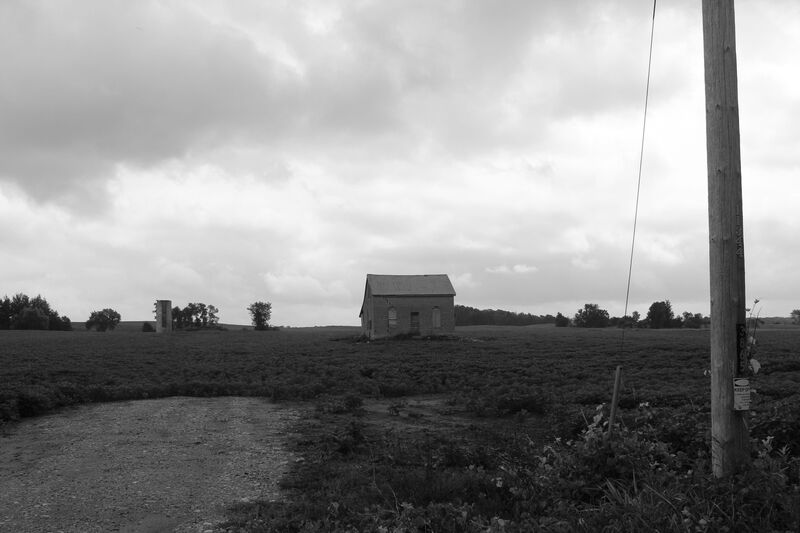 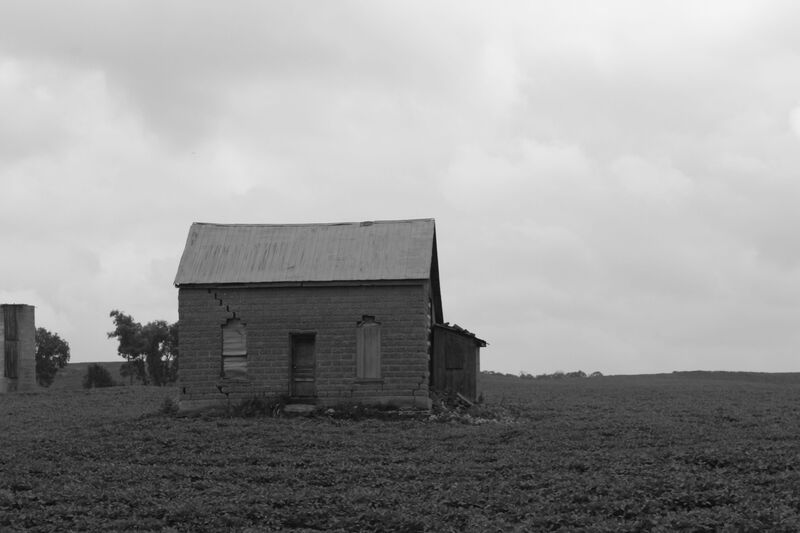 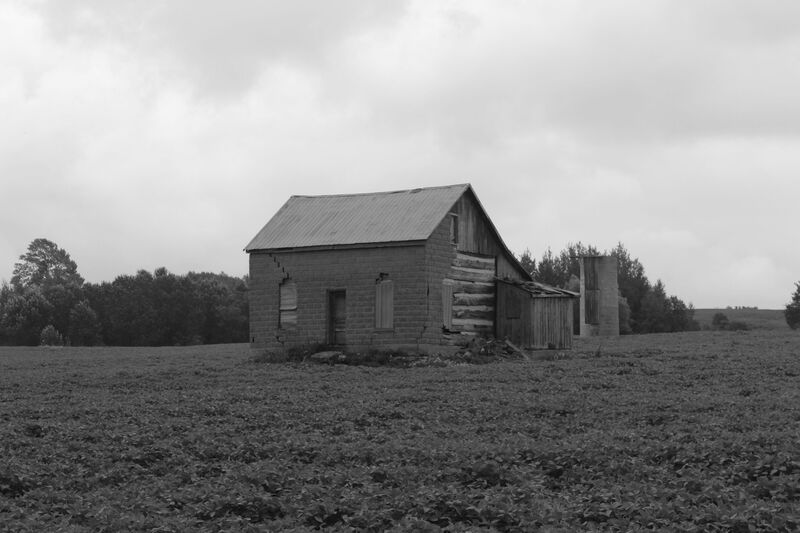 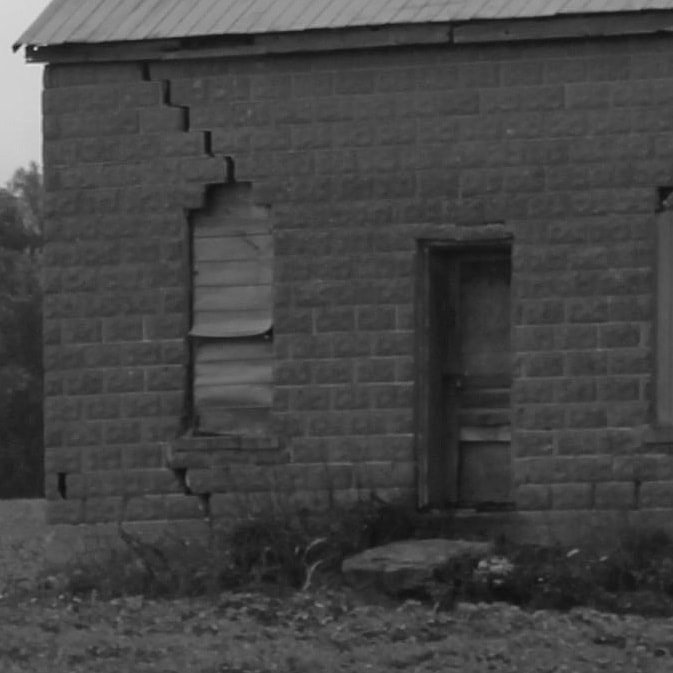