Kincardine, Ontario, Canada
This two storey fieldstone farmhouse with tar shingled back addition is located on Highway 9 just east of Kincardine. The television antenna implies that the house was abandoned by the 1980s. The house exterior is in remarkably good condition with several of the windows still intact. A closer look at the roof and you can see the 'addition' roof is rotting away, along with clearly visible damage in the front left corner of the main house roof.

The grounds around the home are maintained, which is a surprising contrast to the decaying state of the building and location. I wonder if the property is separate from the farm and that is why there are not cultivated fields running right up to the side of the house.

Kincardine was founded in 1848, field stone was common in home construction in the mid-nineteenth century in Southern Ontario. While this area was heavily settled by the Scottish, this and many other homes in the area adopted the German design (one that uses irregular shaped stones and more mortar). The addition on the back, comprised of red tar shingles, was likely added around the 1930s.

A barn, long since demolished, along with the cement silo mentioned below, would have sat directly behind this house.

The property is signed no trespassing, which, combined with its open exposure on a high traffic highway, is likely why it has little vandalism today. It is interesting to note the two photos at the bottom of this page, taken by Google Maps in 2018 displaying a silo and several trees which are now gone. I'm not entirely certain why the trees were all cut down, perhaps the result of a storm, either way it has significantly exposed the structure to the damaging elements of sun, wind, rain and snow. 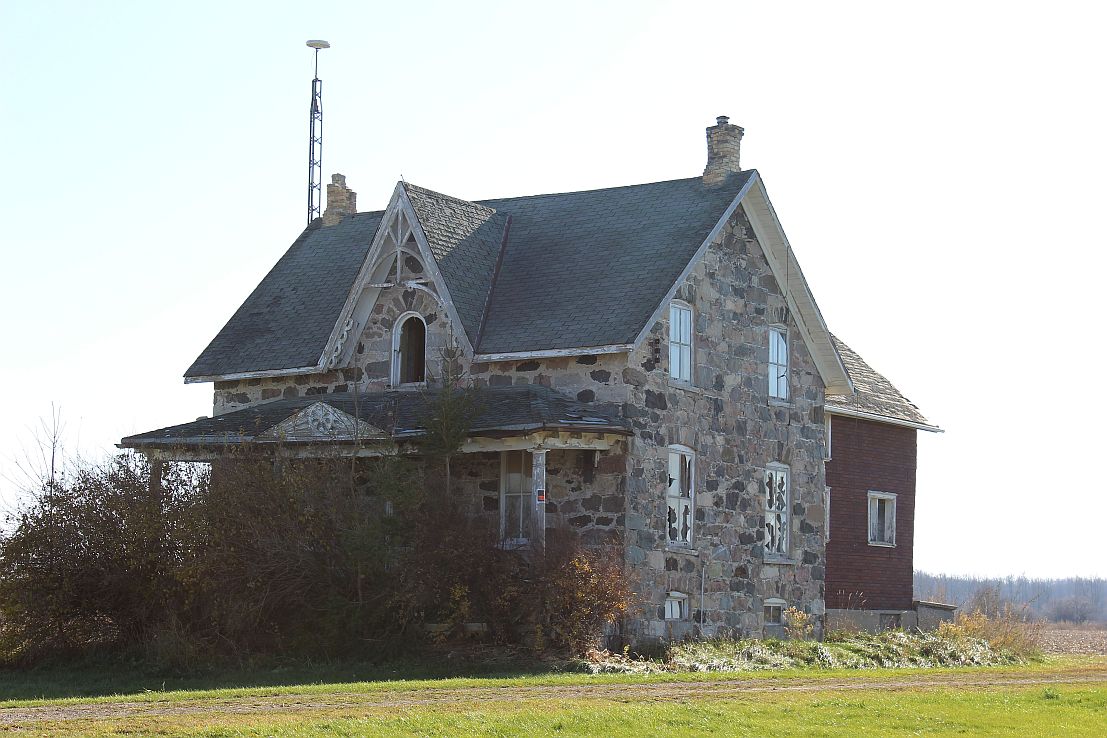 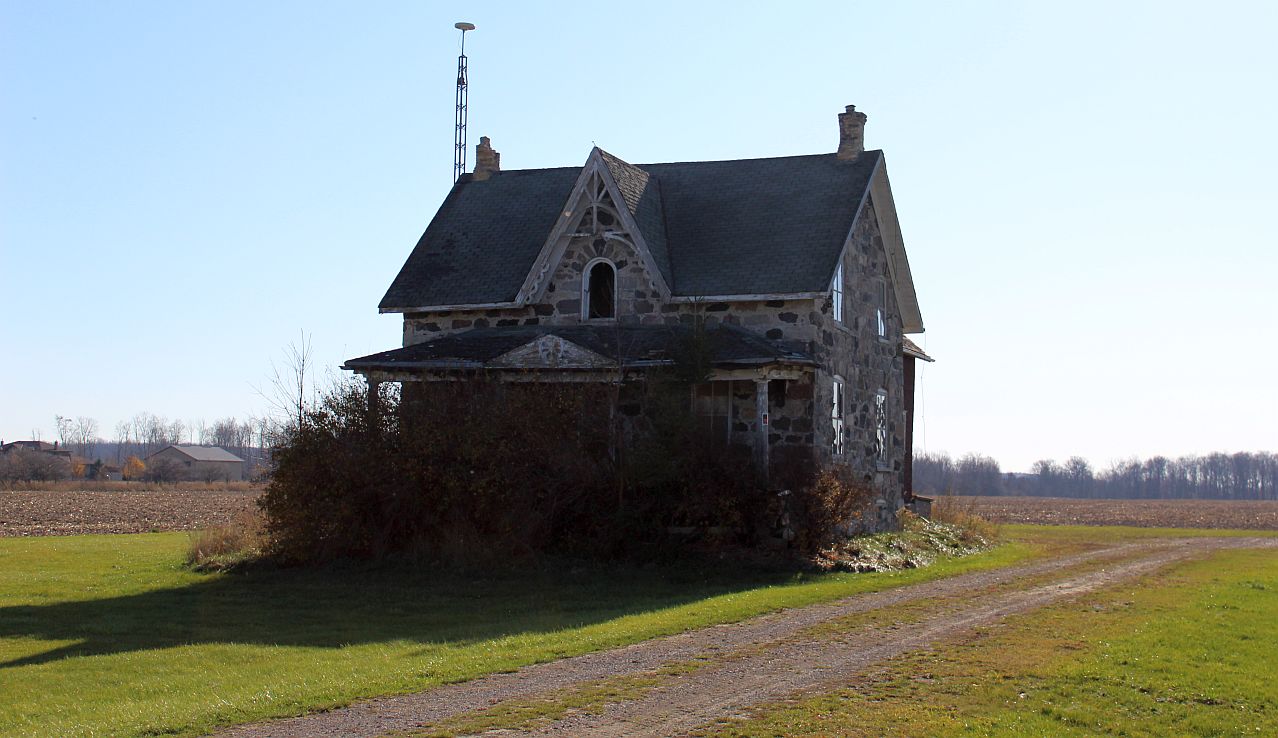 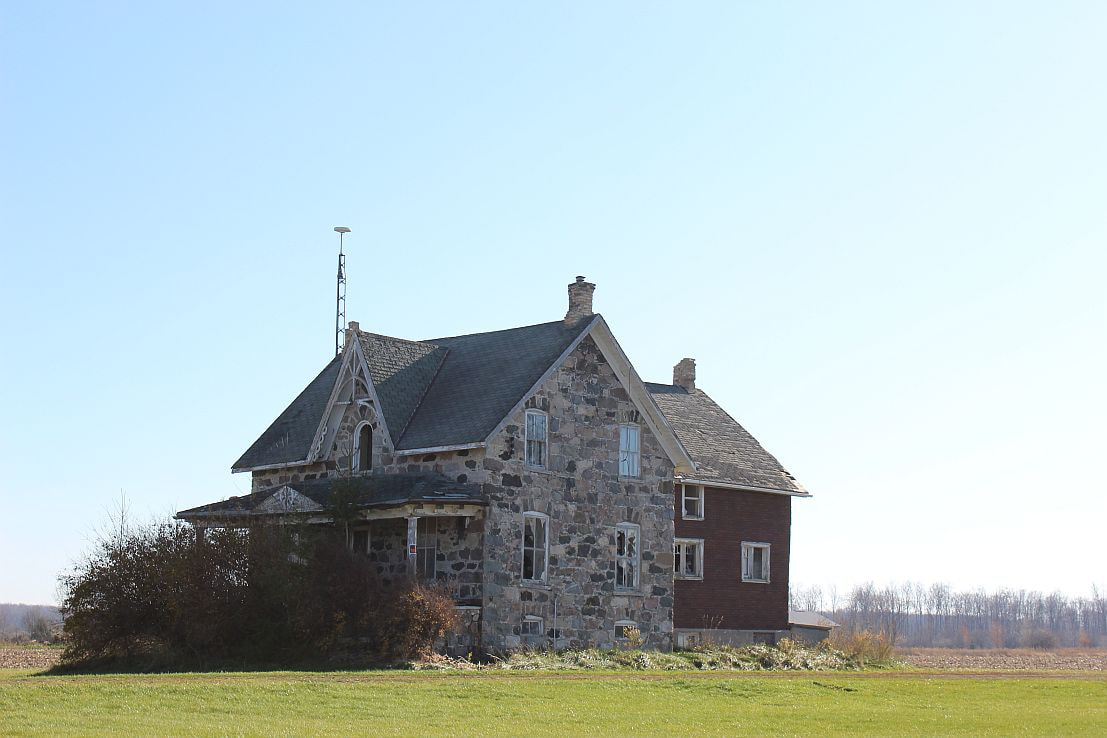 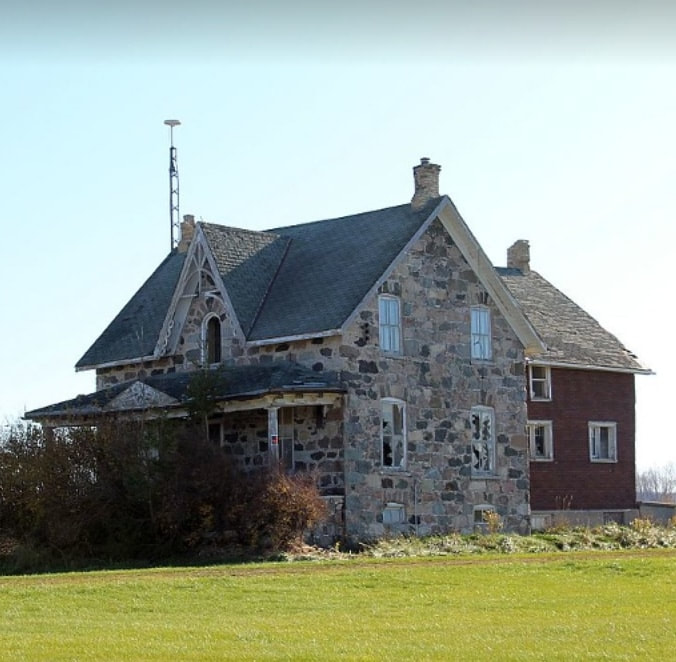 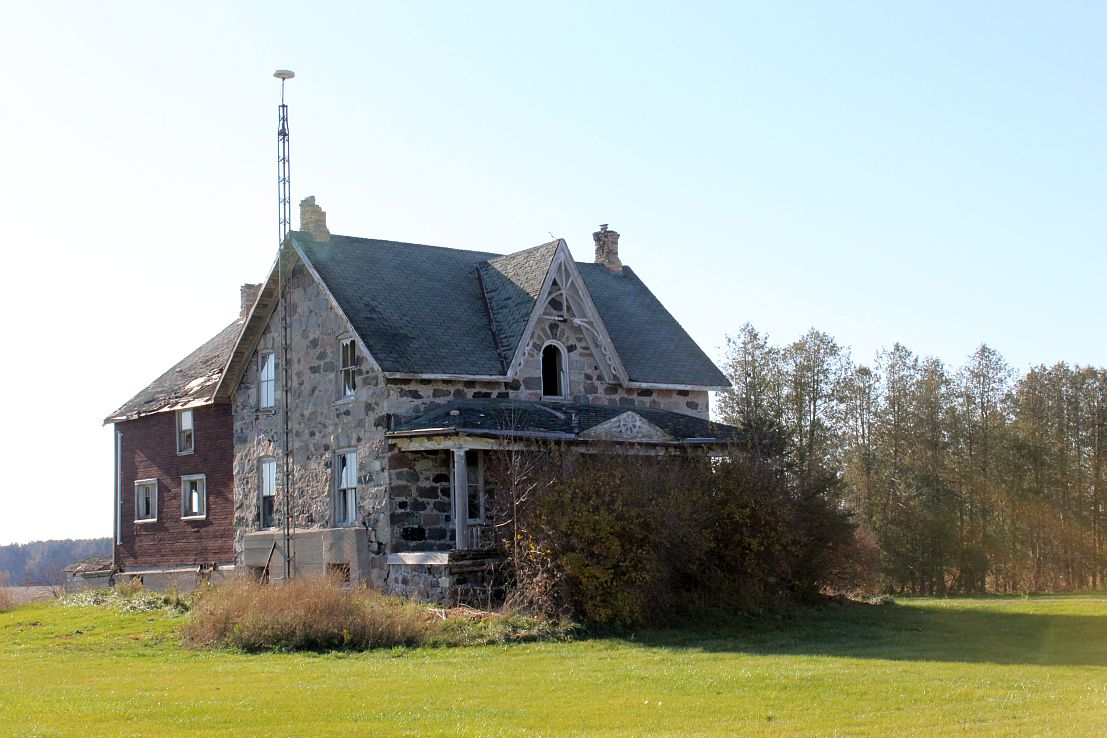 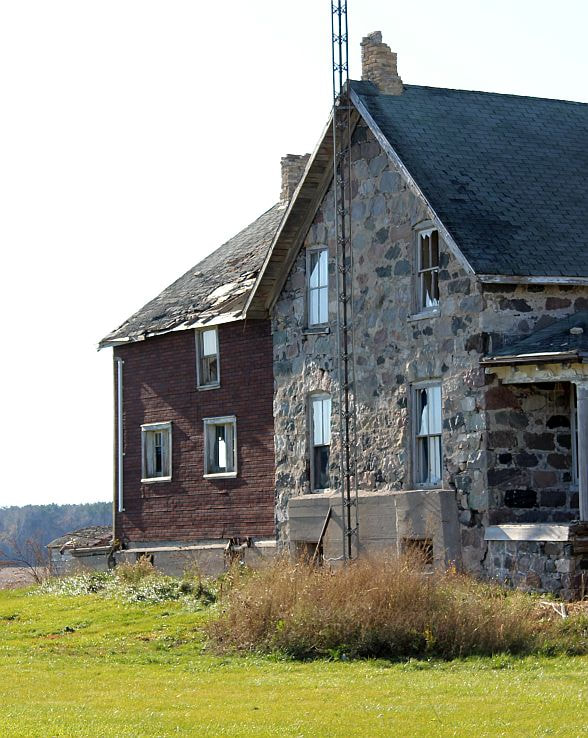 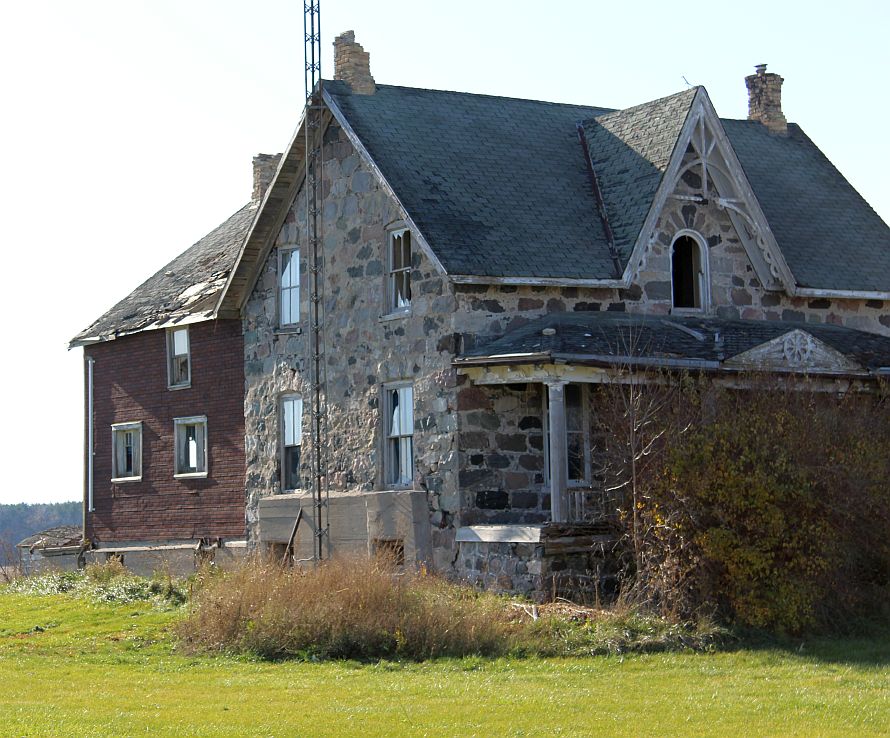 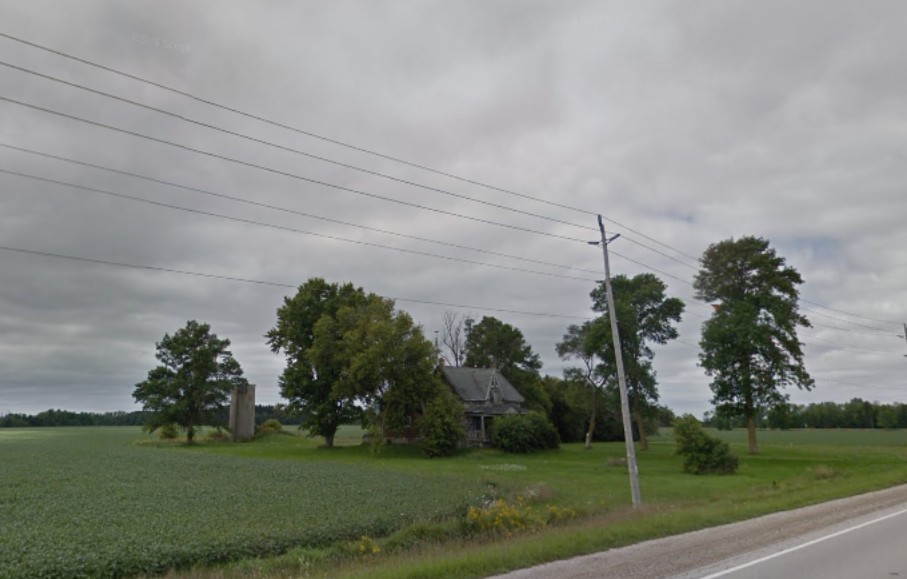 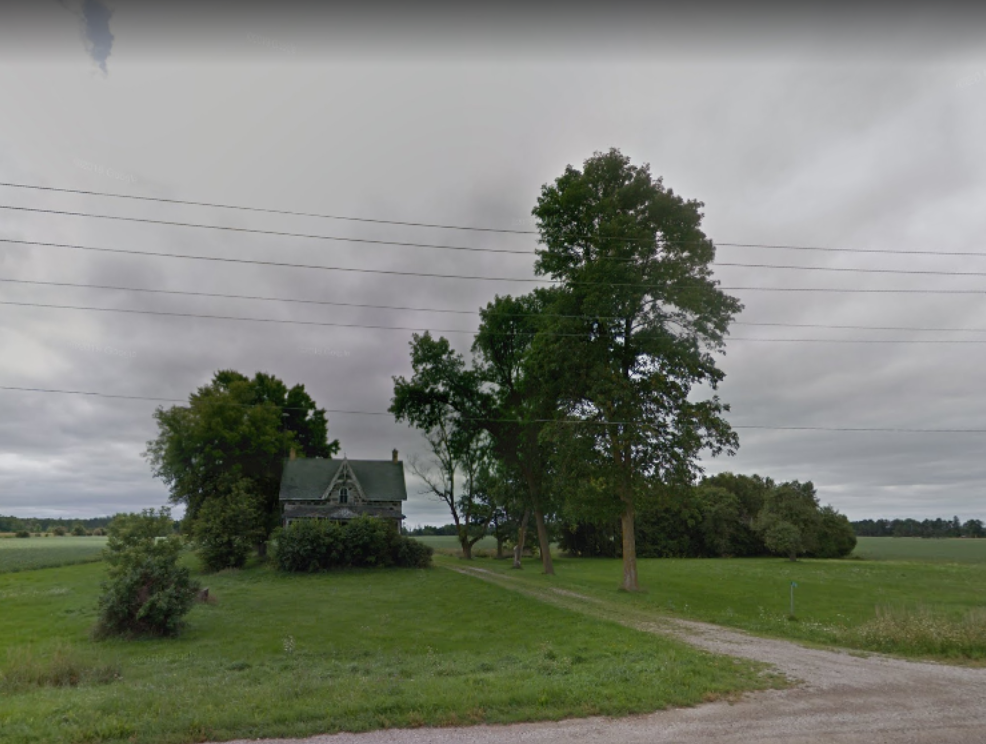