Tiverton, Ontario, Canada
I photographed this house several years ago but it was winter so I could not easily access the property. Last year was able to return and take pictures inside the house from outside. The property is not signed or gated.

A quick glance of the collapsed structure behind the house looked like a garage. The strange thing is the marking on the wall indicate a very peaked roof. And somehow the roof line of the back structure was below the doorway? That makes no sense.

​You can see where power was supplied to the house in the top back corner above what might have been a mud-room or garage addition. 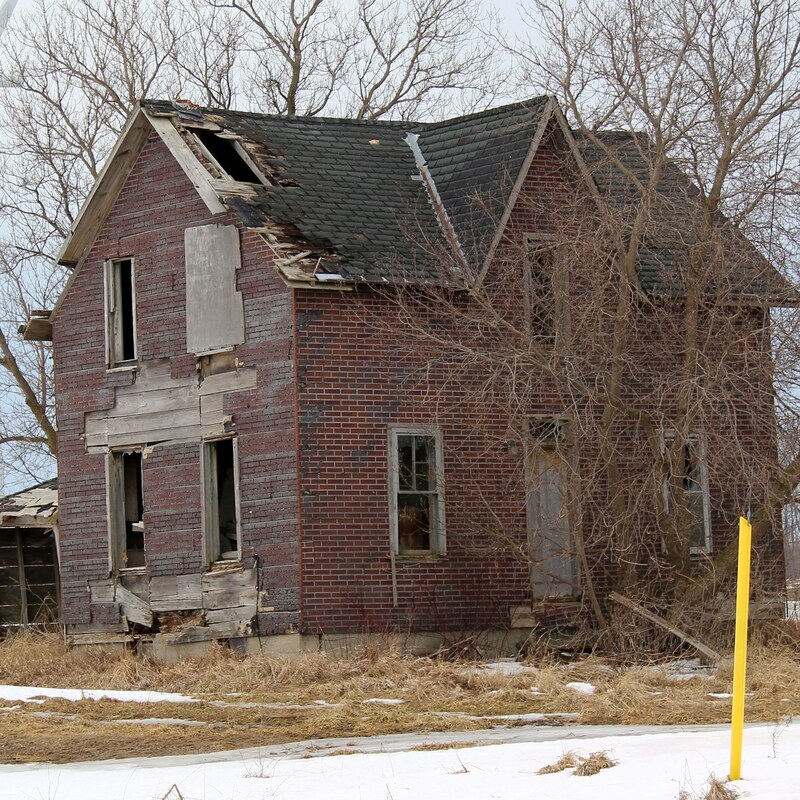 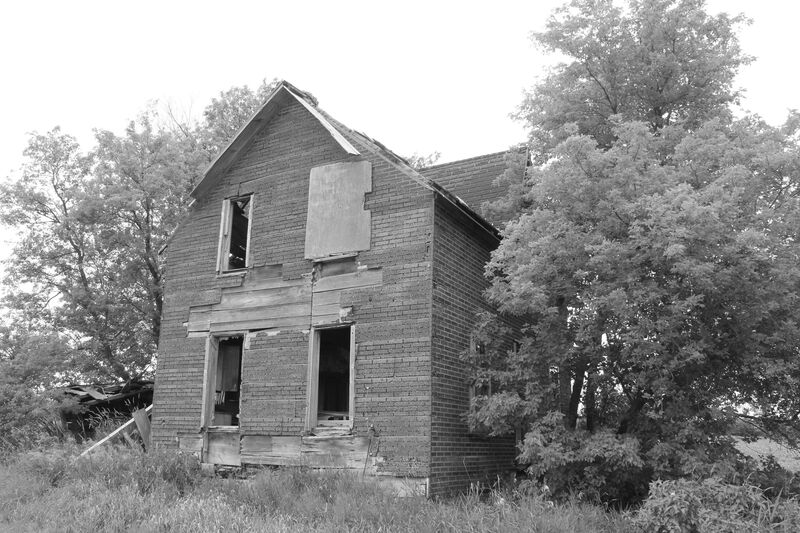 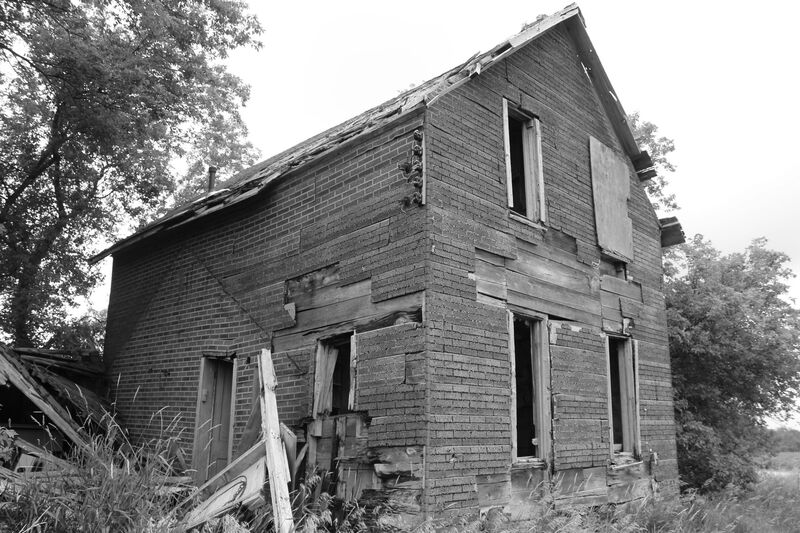 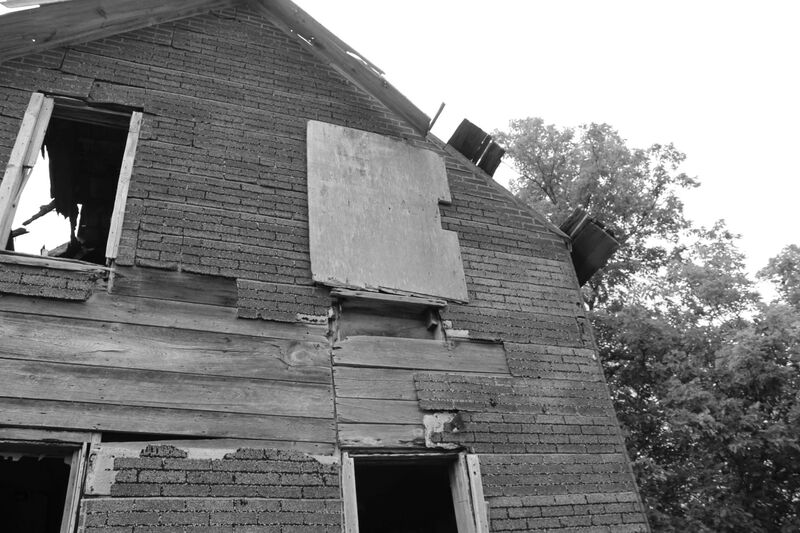 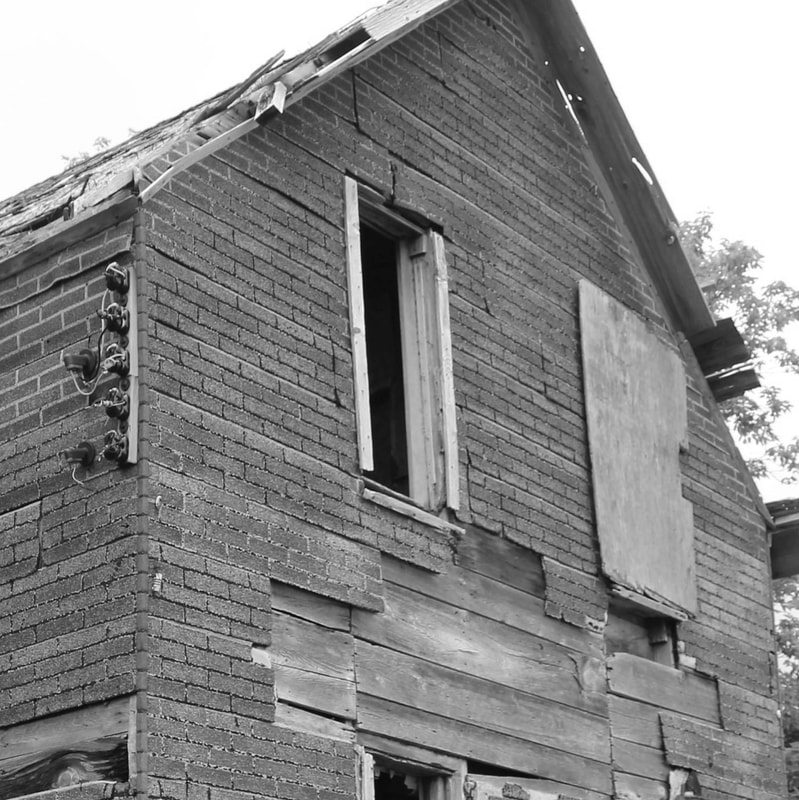 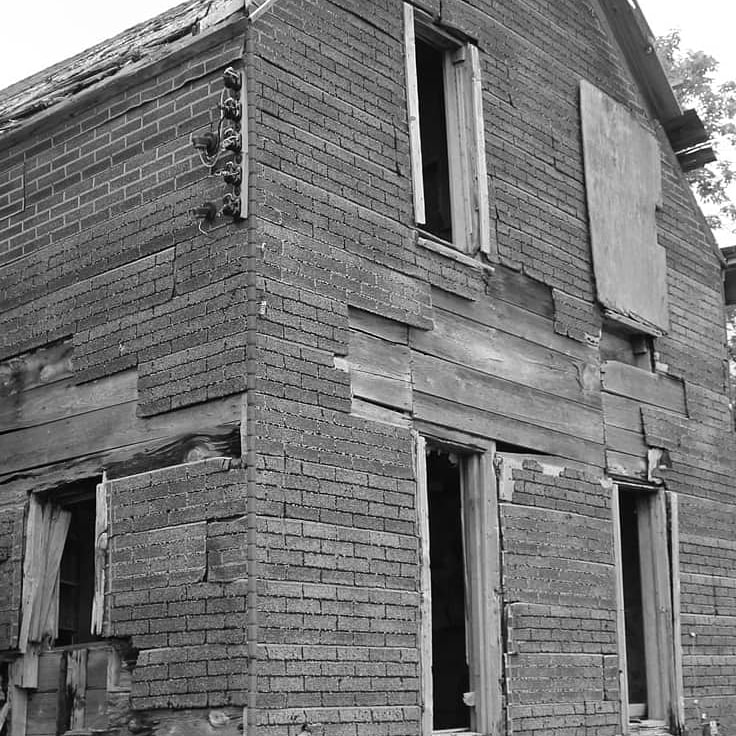 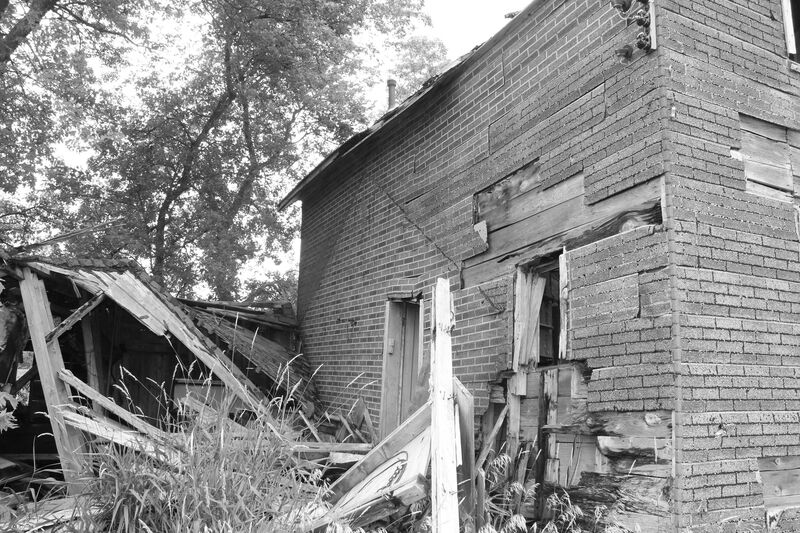 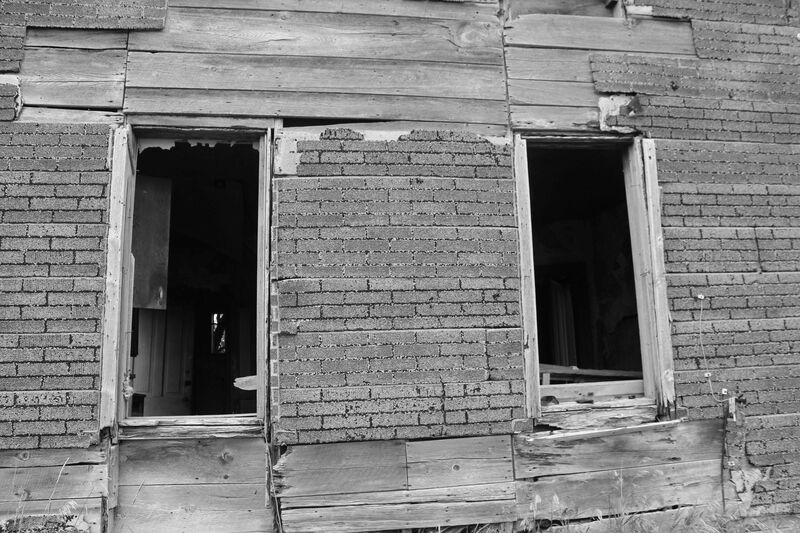 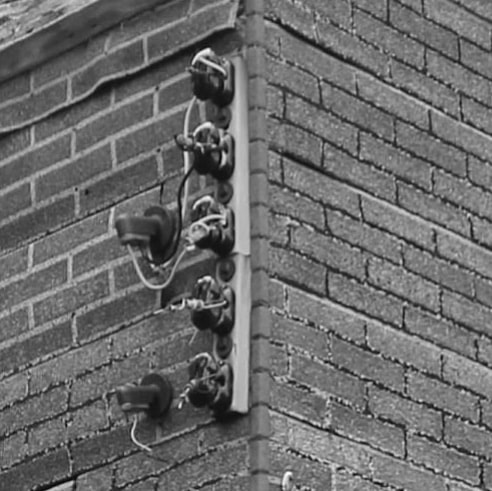 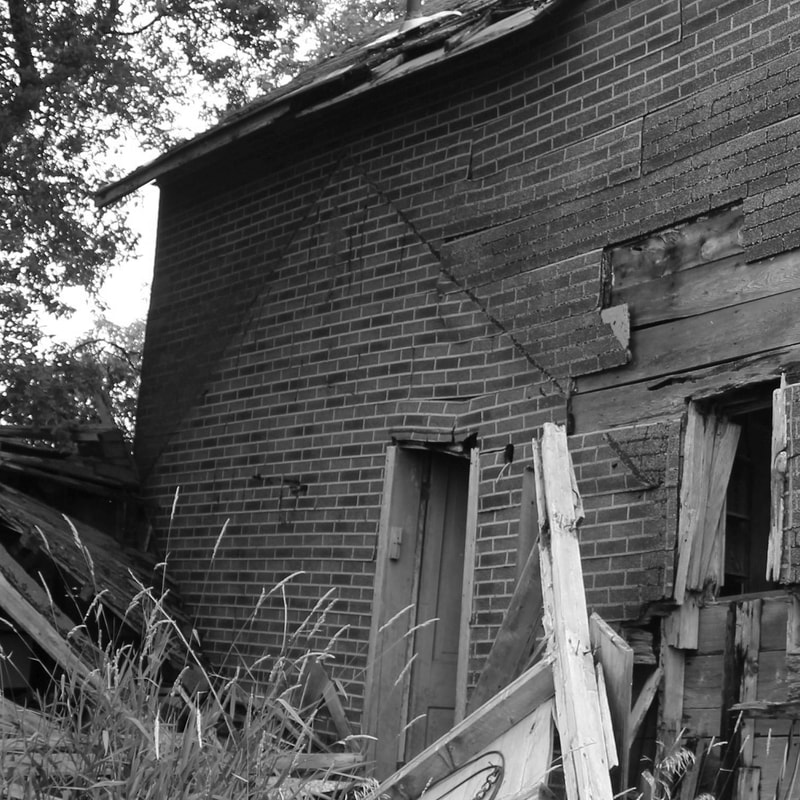 Okay someone reading this is going to have to help me with this. I can't be right but this looks like a coal furnace? It would be period (post 1885) to be a coal furnace but unusual for it to be located in the kitchen? The house I grew up in had an oil furnace in the basement, about three times the size of this, so I'm at a loss when it comes to coal. Thoughts?

When you see an angle like this in the kitchen ceiling (cut in the doorway heading to the bathroom) it means that there is most likely a staircase above it going up to the second floor. The door beneath the up-stairs goes down to the basement. Do you think the house has a full basement level or a crawlspace? I think for the prominence of the door leading down to it that it was likely a full basement. That being said, that door could just be to a pantry with a trapdoor in its' floor to a crawlspace. The windows for a lower level are visible on the exterior pictures, frames for windows are in the cement foundation.

Talk about an old fridge, I wonder if there is still food inside? Eww! The style of fridge was common in the 1940-50s but I'm not able to read the brand name on the door to correctly identify it.

​On the floor of the kitchen you can see articles of clothing (including a pair of boots), a fork, broken plates and steel pots, mason jars and other debris.
​ 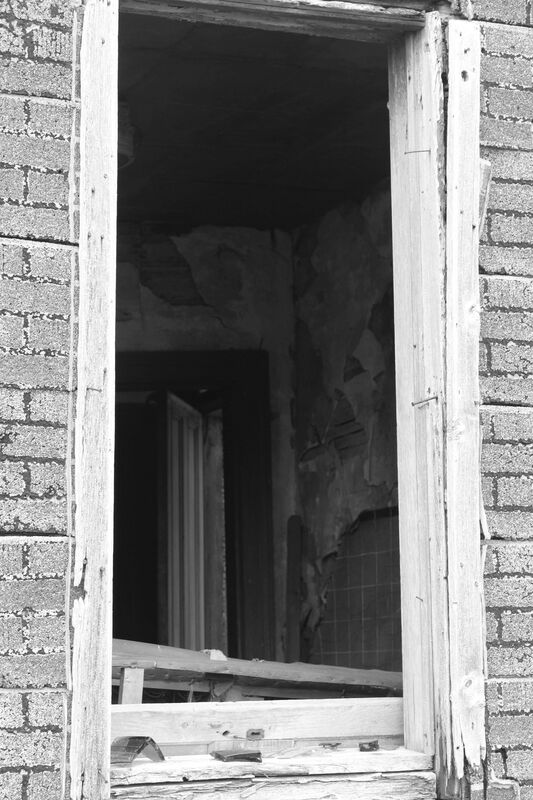 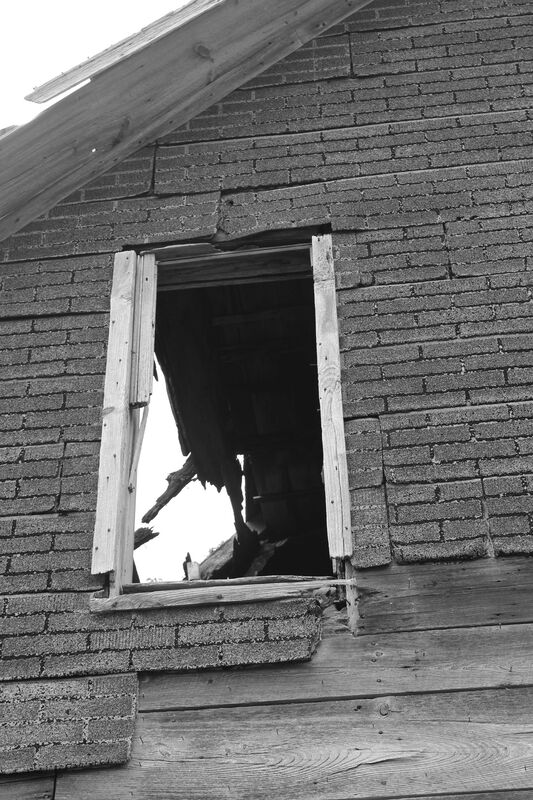 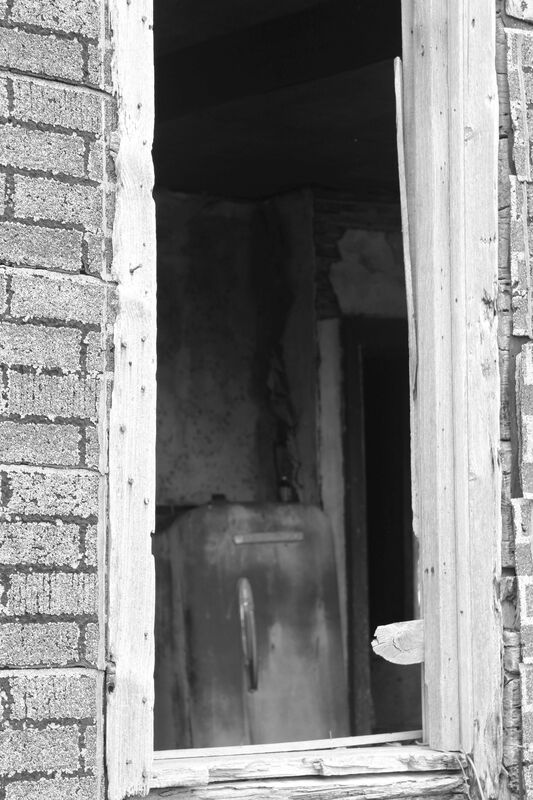 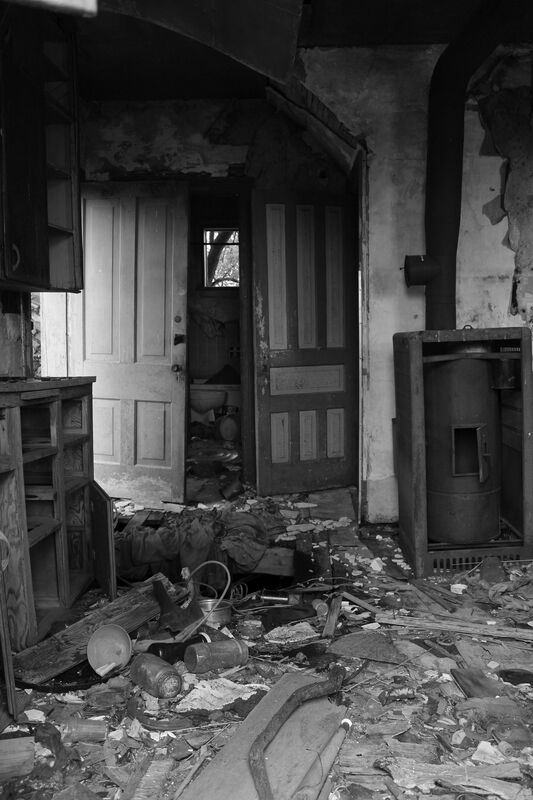 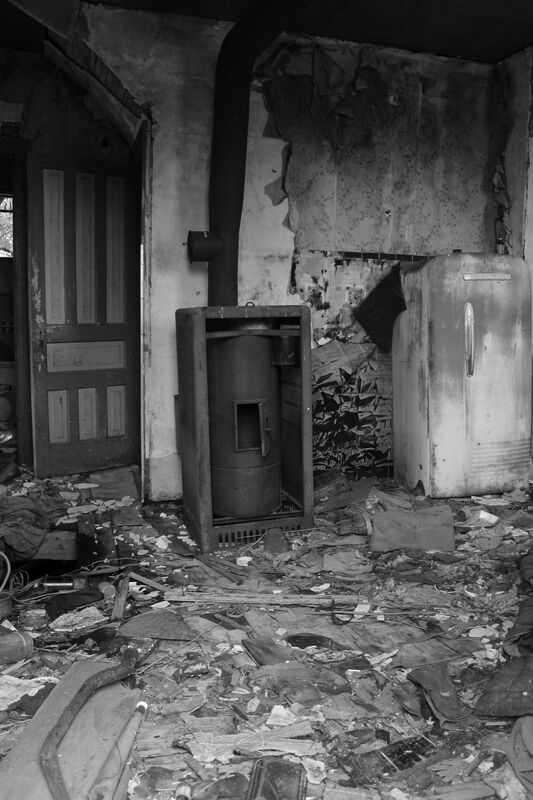 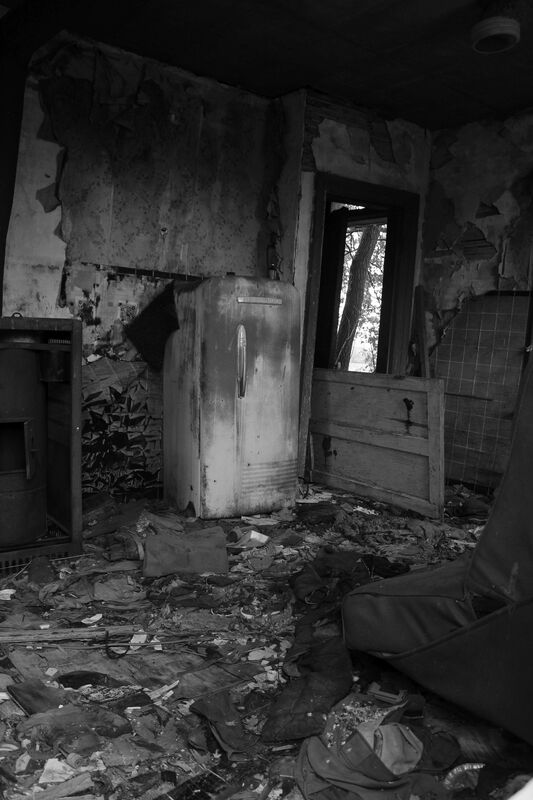 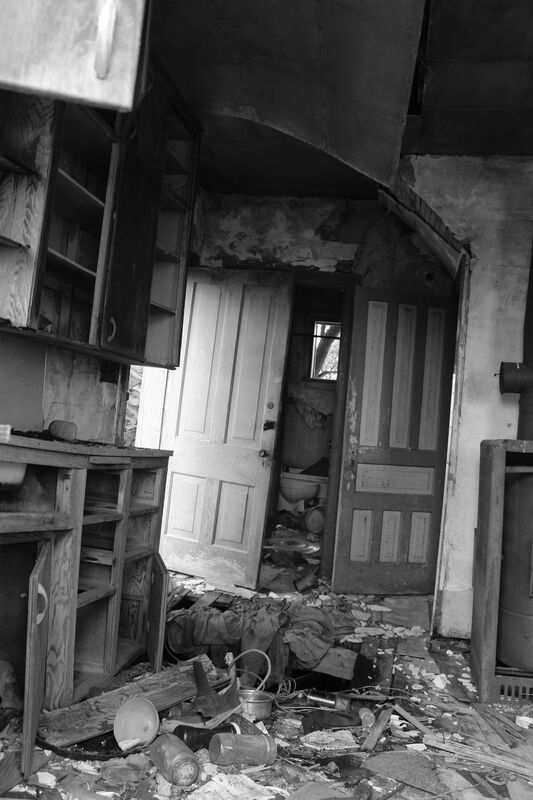 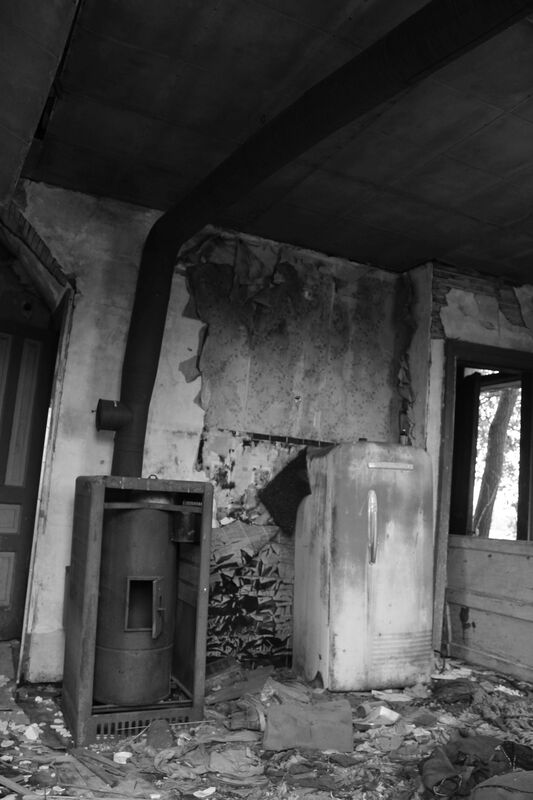 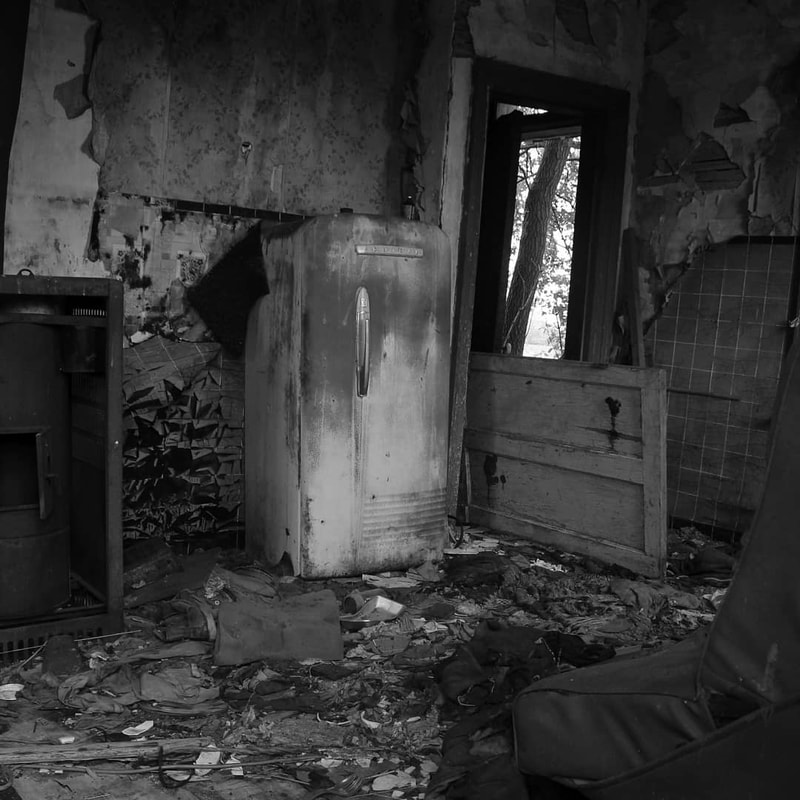 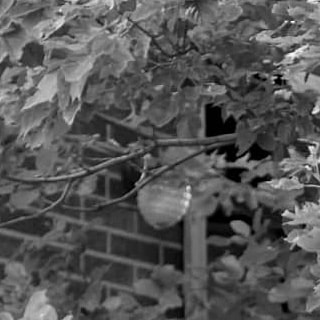 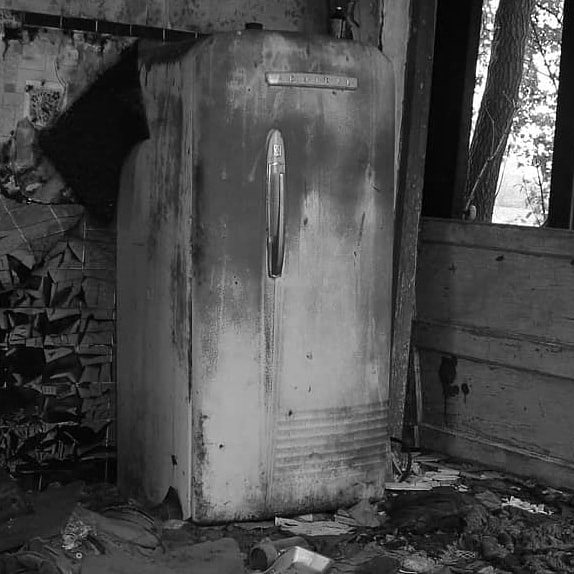 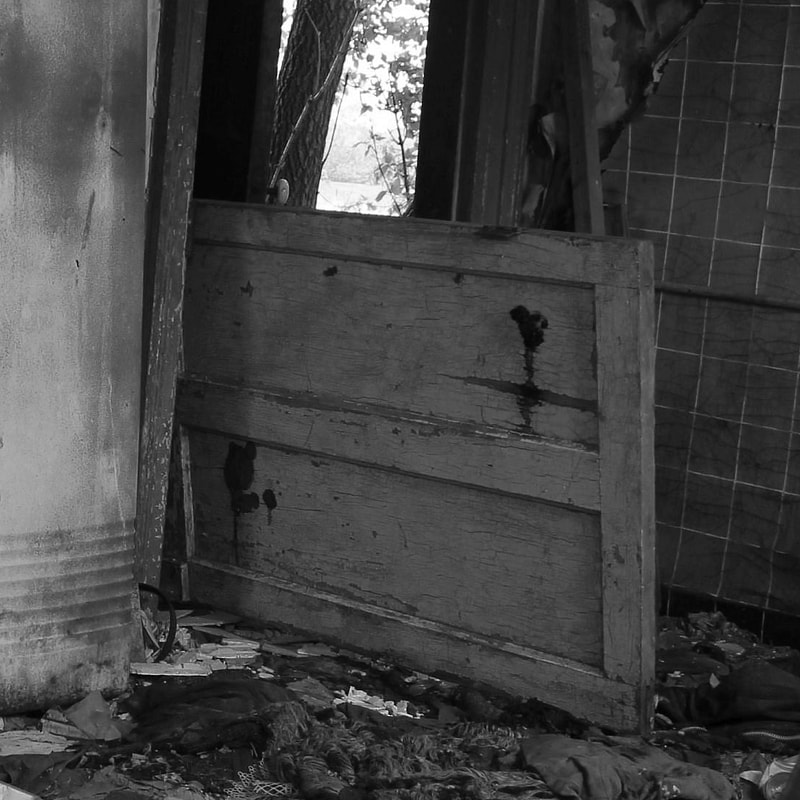 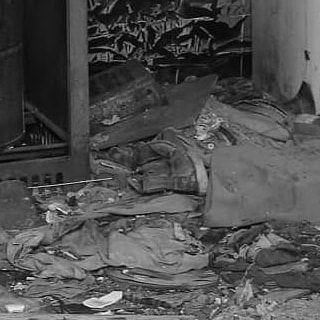 At the front door (the door of which is laying inside the front hall into the kitchen) there is a glass globe light fixture which is, quite surprisingly, still intact after so many years of weather and possible vandalism. It is similar to the beehive design that was popular in the 1940-1950s, I doubt it is that old, likely a retro design from the 1970s (the glass threads are too tight to resemble the original beehive design).

The second photo shows a view through a second storey window, you can see the hole in the roof above. The interior of the home is ravished by the elements and advanced mould.