Lucknow, Ontario, Canada
I believe this is a Danish or perhaps old-world German style of architecture. It is significant to know which because this area was settled by the mostly German, Scottish and English peoples, so if you know please email me.

There is indication that the house has a basement containing an oil furnace, the two small pipes located on the side of the house (one for taking dip readings and the other for pumping oil into an interior tank). The tank for this house is likely in the cellar, houses built after the 1970s had the tank located outside in case of malfunction, however, this led to the tank being vulnerable to the elements (condensation).

Oil furnaces were first used in the 1920s but gained popularity in the late 1930s. Oil furnaces are expected to obsolete in Canada (as they are expensive to operate and inefficient) by the first half of the 21st century. Quebec is proposing a ban on them by 2030.

Fun fact: I grew up in a 2 storey Dutch Colonial style house in Ontario. It was first built in downtown Chesley, Ontario and later moved to a street located next to the brickyards. It had an oil furnace, which took up over 1/3rd of the basement, until the 1980s when it was replaced with electric baseboard heating. The tank for the oil furnace was located outside several feet from the house and would be filled regularly by a locally owned tanker fuel service.

It is a rather modest 1 to 1-1/5 storey house, that just seems a little out of place. Structurally it looks pretty sound, I wonder what the interior looks like. The building has been sealed for over a decade. 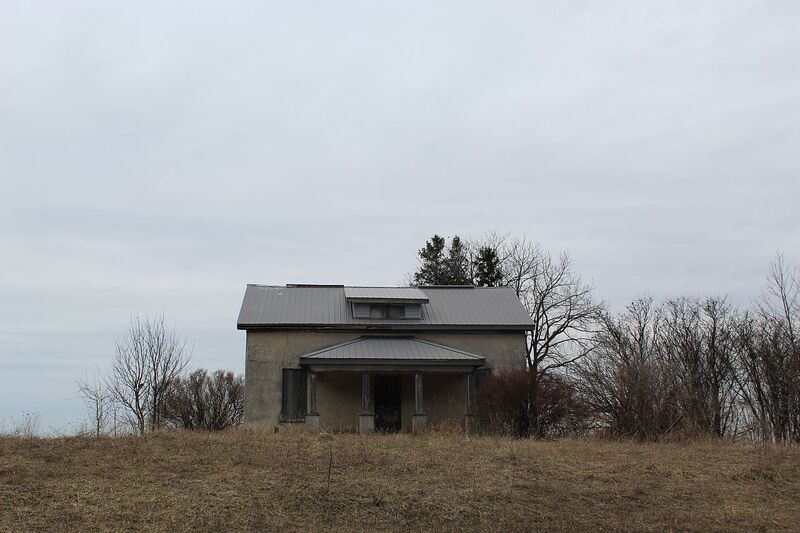 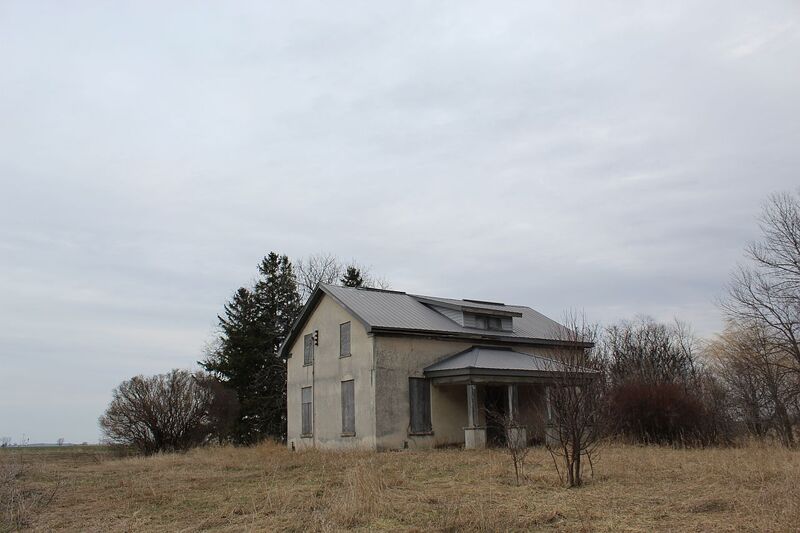 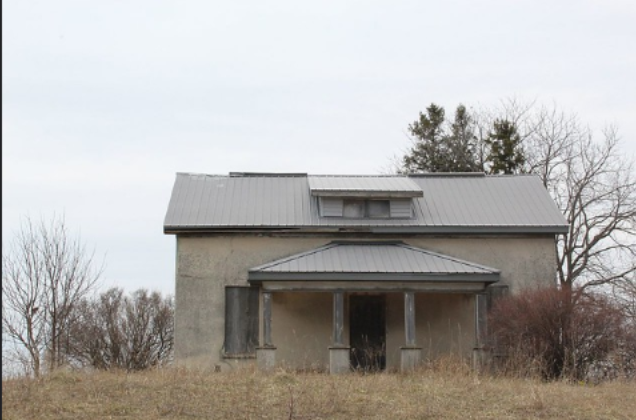 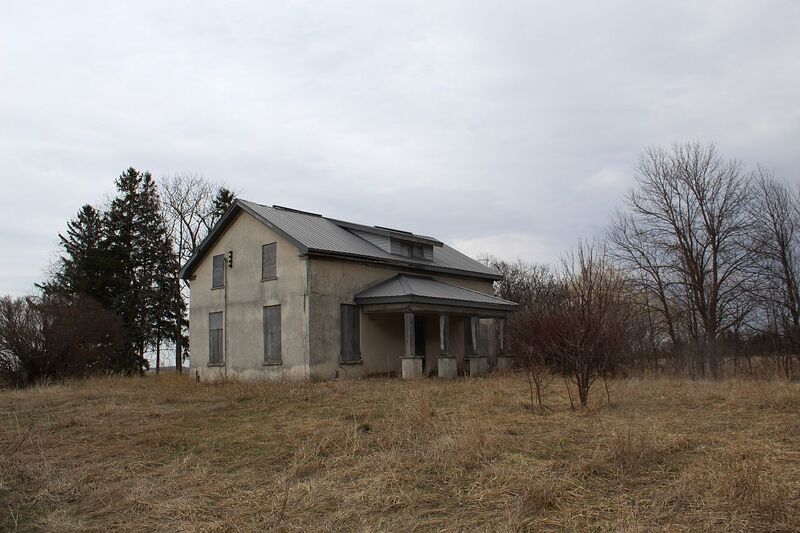 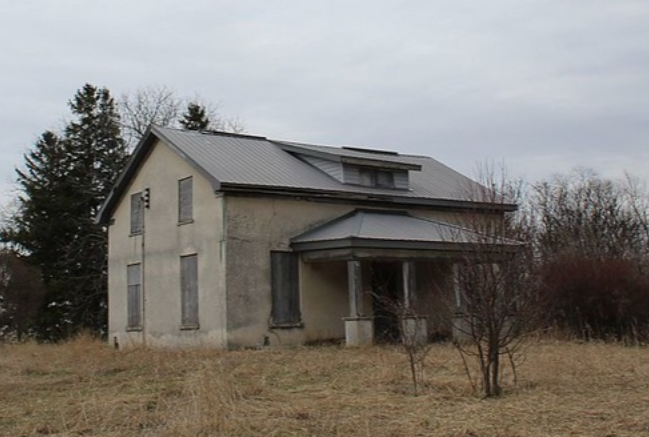 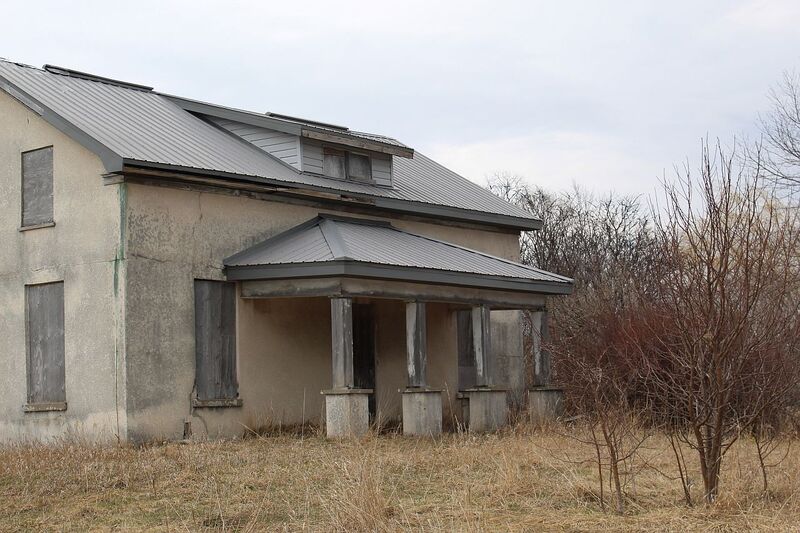 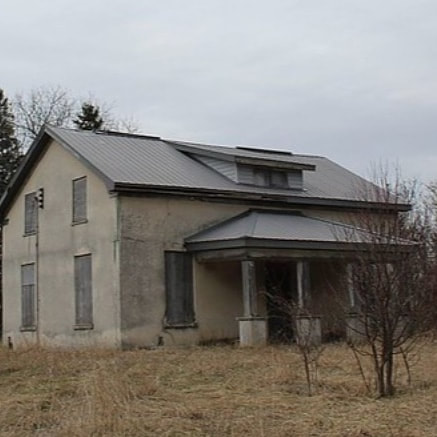 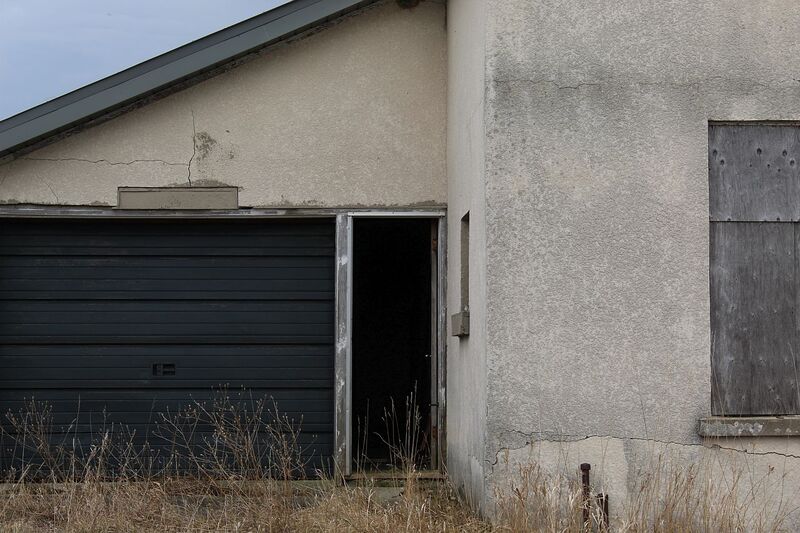 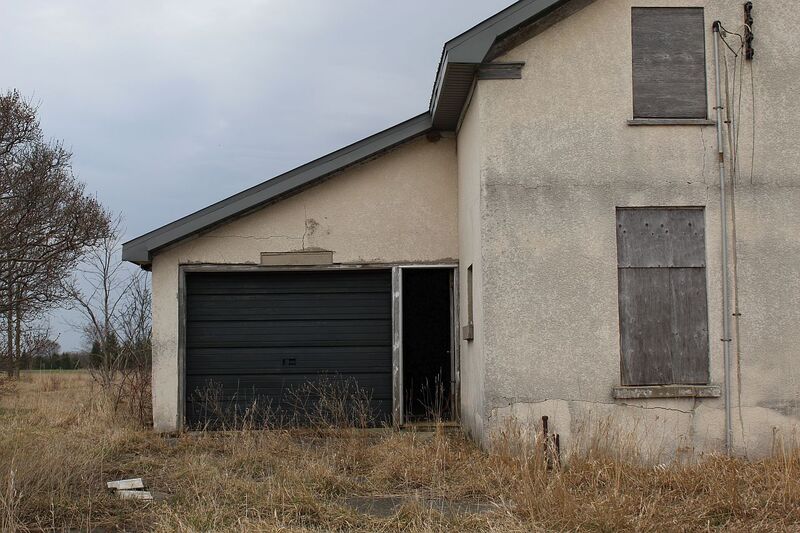 These two images, copyright Google Maps, shows the trees around the house are substantial when in season and the footprint for the house is larger than you would think viewing it from the road. The property is not signed so I walked right up to the house.

​The garage was completely empty inside and there was an interior door leading into the house that was sealed shut, much like the other doors and windows of the house.