Imagine long ago sitting in this enclosed porch on a stormy summer evening. This porch and the front door face north. I imagine the trees and bushes would have sheltered a lot from the wind and rain. You could probably look out for the front yard and across the road into the farm fields to watch the lightning up in the clouds.

You can't really see it in the photo but as I noted earlier at the top right of the second storey had collapsed in on itself. The brickwork on the front wall was starting to lean backwards into the house. 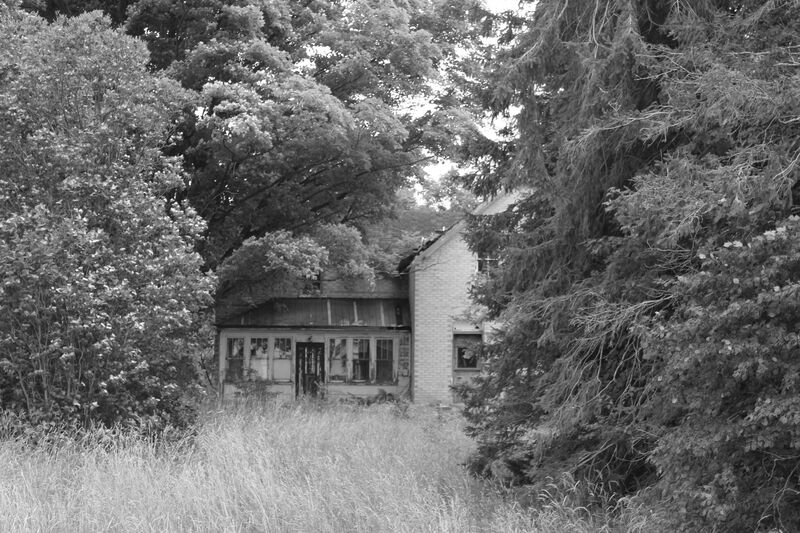 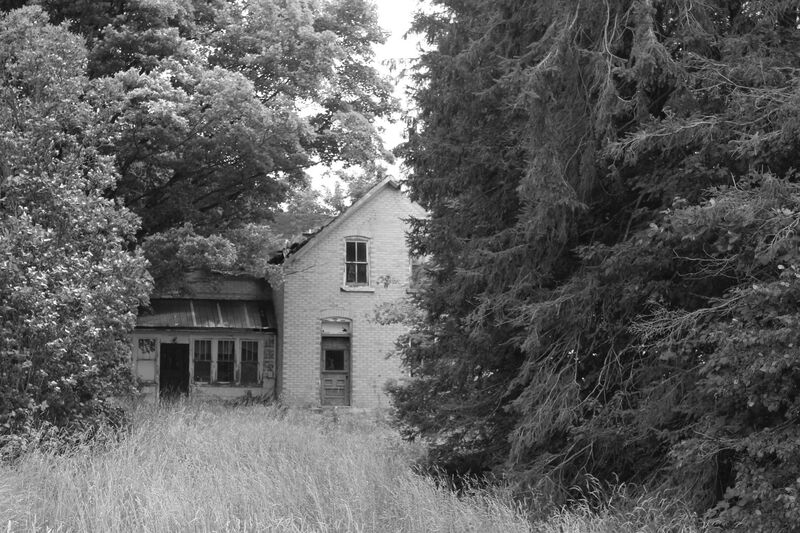 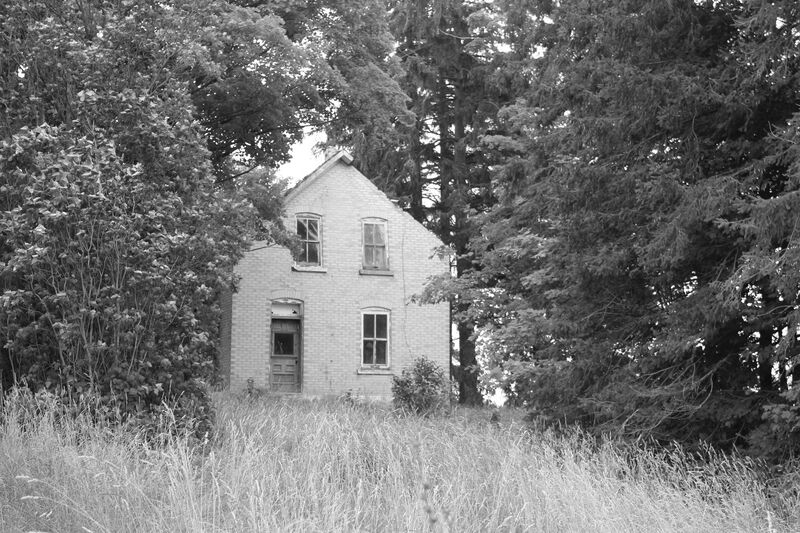 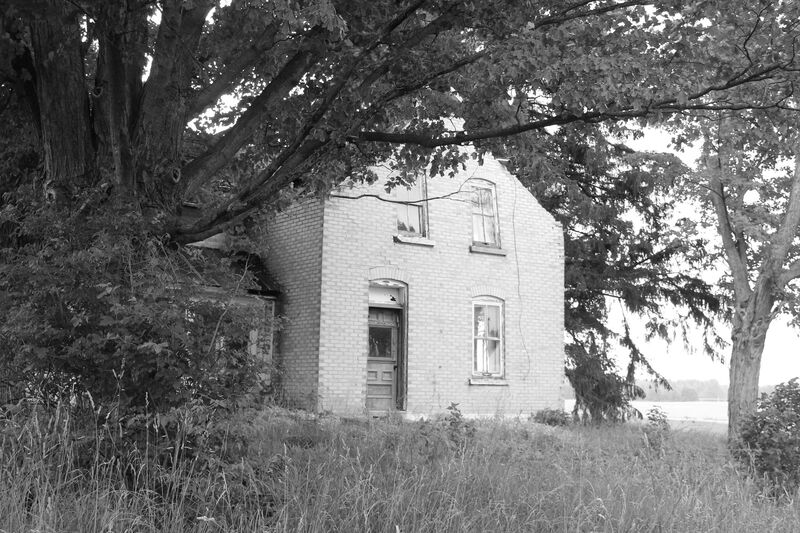 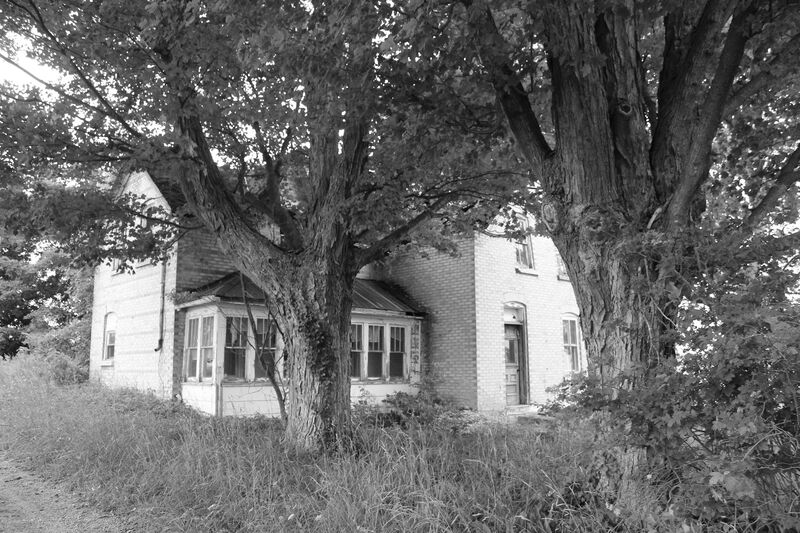 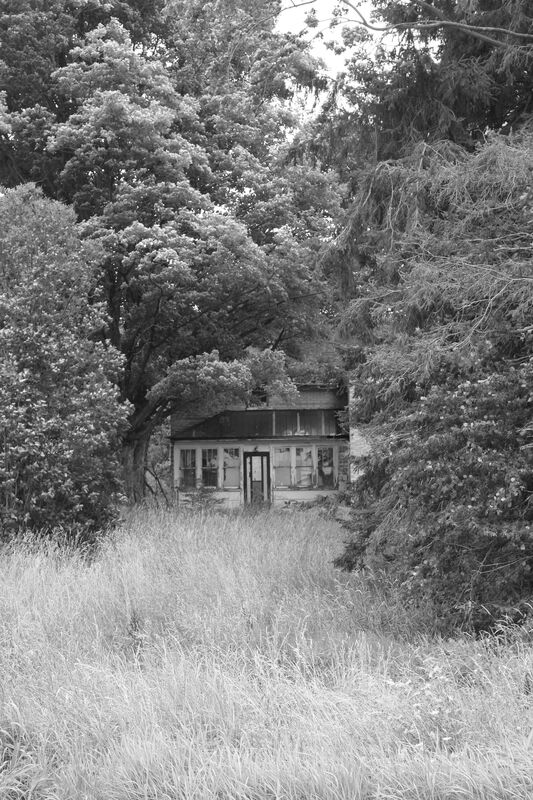 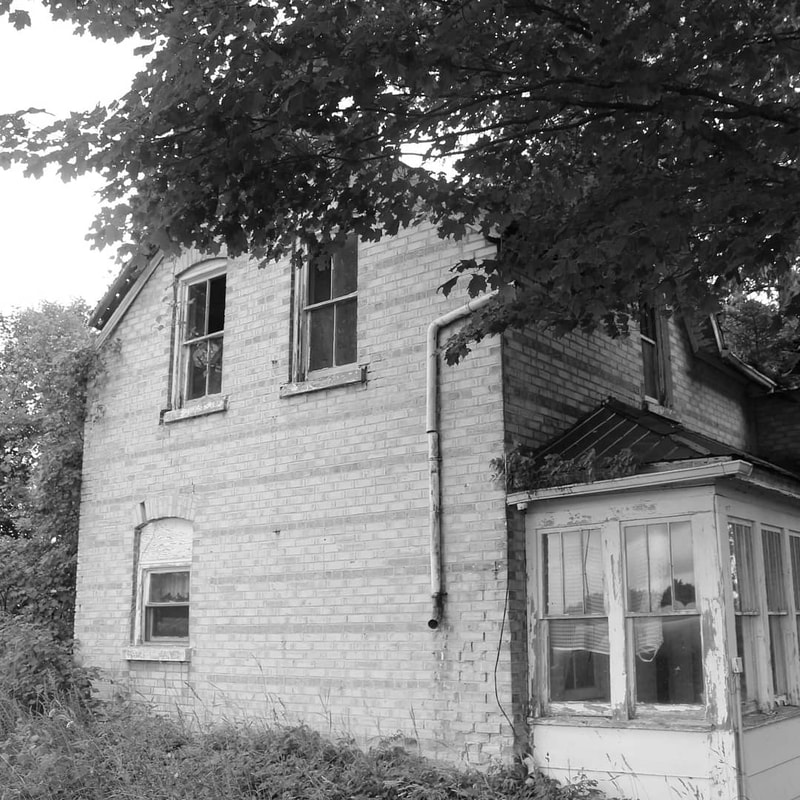 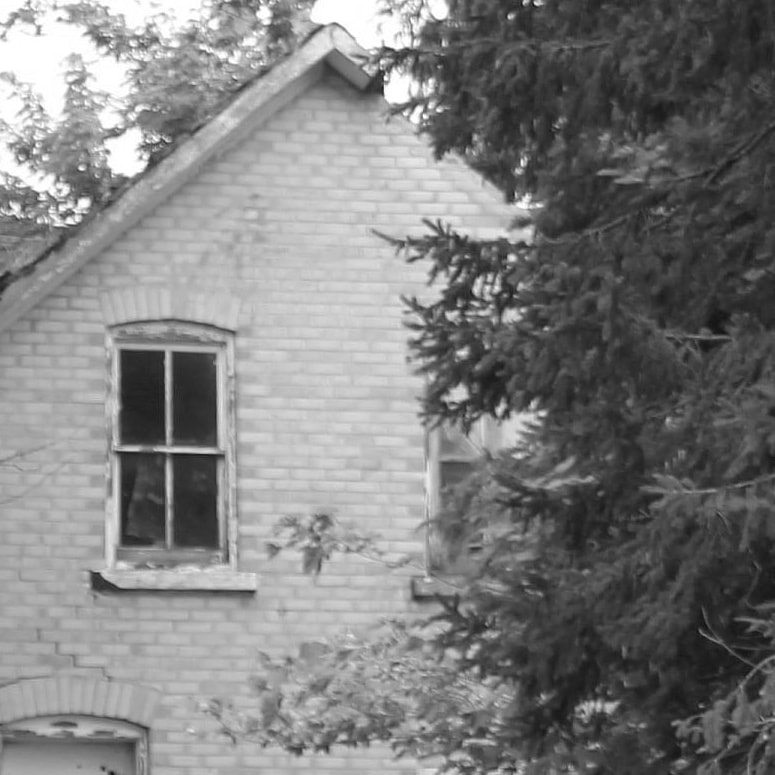 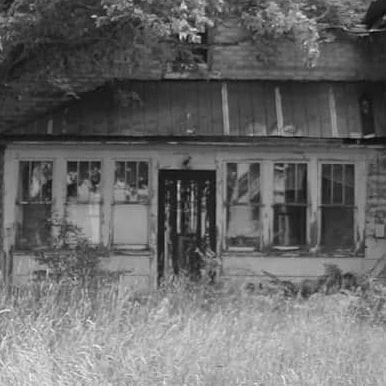 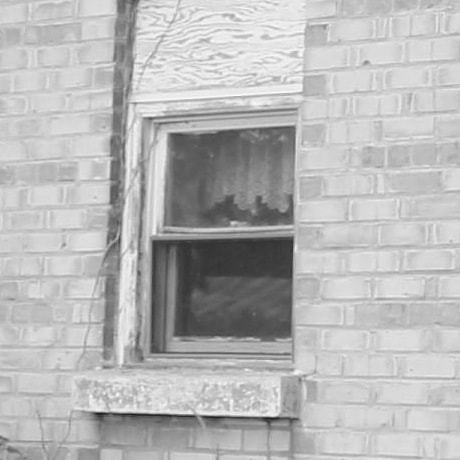 First, it's not a ghost in the window of the front door. There is a black plastic inside that is reflecting the light from outside on the glass. At first glance I thought it was my reflection but I was standing further off to the left, with zoom I can just make out the black plastic behind the glass. The closeup is to show the detail of the wood front door.

The picture of the roof shows the damage to the roofline, there is no roofline in fact. The second storey is likely completely thrashed with the collapse of the roof. I'm surprised the outer walls have held up but it is likely only a matter of time.

Interesting to note is the side, possibly kitchen window, the wood patch and re-bricking below indicate this may have, at one time, been a door not a window. The arched design matches that of the front doorway. There's no evidence of a doorframe, this was probably completely ripped out to replace the door with a window. The brickwork below the window looks newer but still likely pre-1970s.

I wonder if the panel above the front door was always wood or did they perhaps have a coloured glass window up there.

​Several of the trees surrounding the house appear to be over 100 years old. 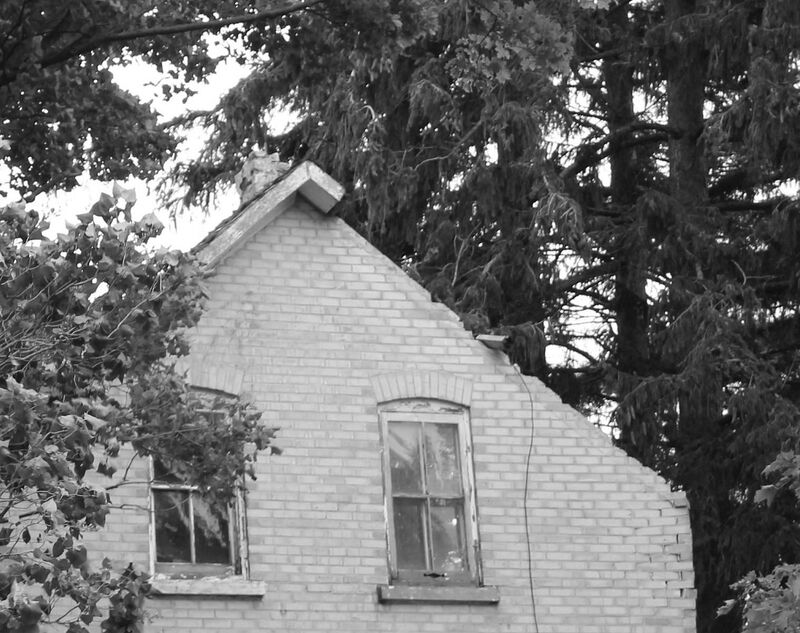 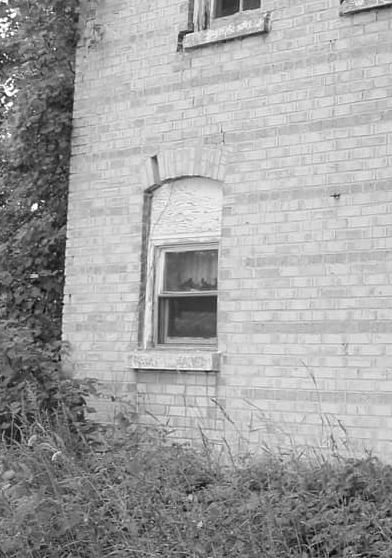